Are you a good tactic? What about creating an army and leading it to a battle? Well, you have a chance to experience this in Totally Accurate Battle Simulator. Imagine that you are in the strange world, where people look like stickmen and move like jelly. You will surely find it pretty ludicrous, but think twice before you start laughing at them – these guys have fighting skills that can compete with the strongest soldiers of the world. You will meet them closer in TABS and become a leader of their courageous and a bit ridiculous army. Everything would be less absurd if they didn’t have those silly eyes, but in fact, these googles make them even charming. Okay, jokes aside with cheats 🙂

You start with an army arranging process. If this is your first time playing, then you will need some advice here. Remember, you have a limited budget to buy soldiers. At the same time, the soldiers are pretty different and have various fighting styles. Some are better for fighting at close quarters, the other are great at long-range combat. You have to gather a balanced army, buying soldiers of both types (and don’t forget to leave some cash for a catapult, they are awesome). When you are done, think about the places for your soldiers and locate them accurately. As such, those that are better for close battle should be placed at the first and middle lines of your troops. At the same time, the ones that are perfect for large distances, should appear on the further lines. The catapults can be located on the wings of your army. This is a pretty obvious and basic advice, but you will learn your own strategies that work better for your fighting style with practice. You can change the plans and tactics anytime, so don’t be shy to experiment and try different types of units and their combinations on the field. Have a nice battle! 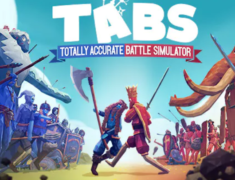